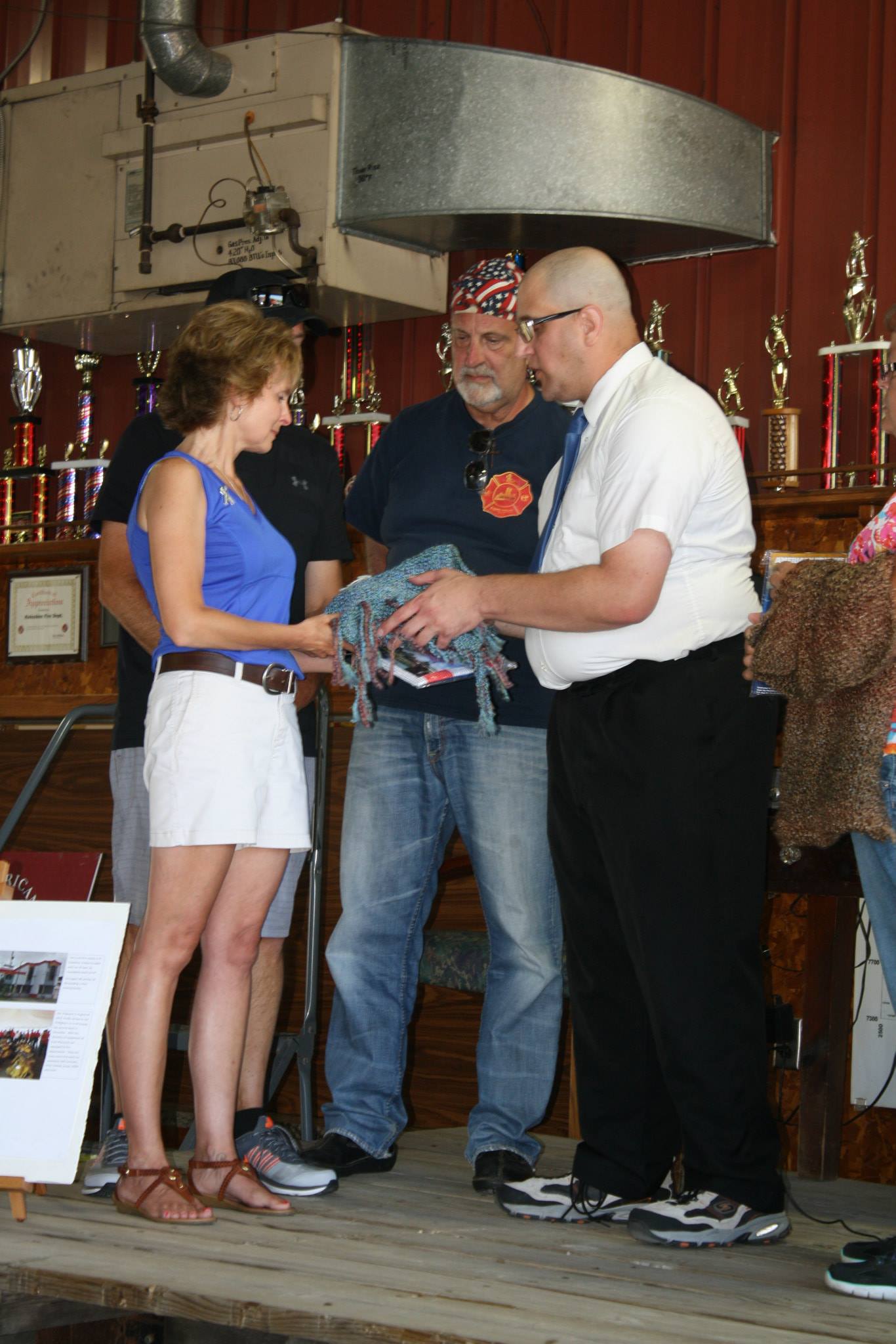 The 2015 American Tribute Ride recognized the sacrifice of 10 heroic individuals in its’ closing ceremony.  Pastor Renae Dymond, associate pastor of Still Waters Community Church, officiated the ceremony reading a brief biography of each of the individuals and a bell was tolled by a member of the ekoskee fire department.  Each of the nine men and one woman was recognized for their service in the military, emergency medical service, fire department or law enforcement, with details of their achievements and awards.

On hand for the ceremony were the families of two of the fallen heroes that were recognized.  The family of Trooper Trevor Casper including his parents and siblings were presented an American Tribute flag by Vincent Forras, of Gear Up Foundation and a prayer shawl from Mark Brodaczynski representing the Spinning Yarns Ministry of Greenfield Avenue Presbyterian Church of West Allis.

Also in attendance was Phyllis Fryman, the widow of Leslie (Les) Fryman, a firefighter from Rosendale, WI who was presented a flag and shawl as well.  Firefighter Fryman died enroute to a structure fire, despite the efforts of those on the call with him.

Gene Pieszak a “friend of the committee” helped pay tribute to the fallen by playing a harmonica version of “taps” that brought tears to the eyes of many in the crowd.

The shawls are created by a group of women at Greenfield Avenue Presbyterian Church in West Allis.  The group, known as “Spinning Yarns” meets the third Saturday of each month & creates the “prayer shawls” to be donated to members of the church and community who need prayer & comfort.  This is the second year the shawls have been donated to the ride and the first year they have been presented to specific family members.

The ride committee is in the planning stages for the 2016 ride and is actively seeking rest stops between Vandervest HD in Green Bay and King Veterans home near Waupaca.  Please contact Ron Naab for details at rjnaab@frontier.com.   The 2016 ride will take place July 23, 2016.