2018 AMERICAN TRIBUTE RIDE WAS A SUCCESSFUL 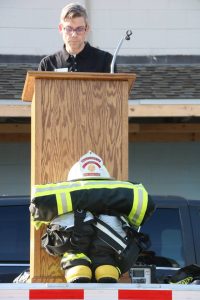 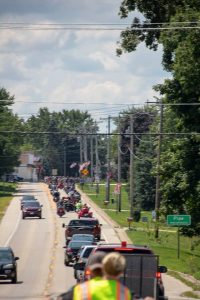 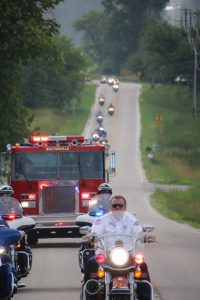 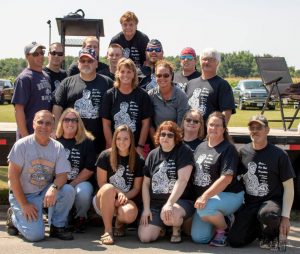 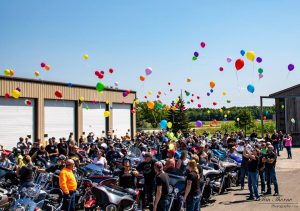 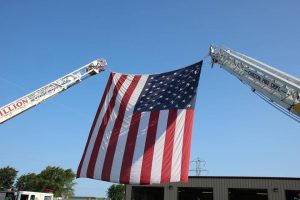 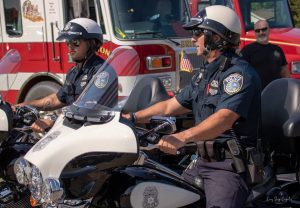 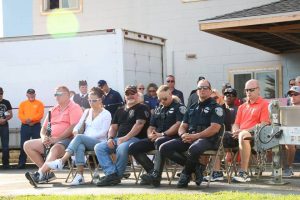 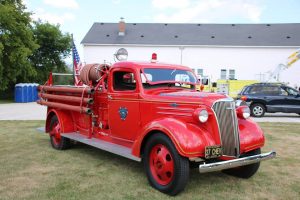 “It was an honor to be part of this awesome event,” said Ann Naab, co-chair of the American Tribute Ride.  She went on to state that the committee was very appreciative of all the fire departments and law enforcement agencies that helped keep the ride safe at the many intersections we passed through.

The 2018 American Tribute Ride included a balloon release at Forest Junction to honor our friend, Bruce Bintzler of the Lomira Fire Department.  Bruce was an instrumental member of committee for 15 years.  His dedication and efforts to provide for a safe adventure along with his wife, Debbie, will never be forgotten.  Debbie continues to be an instrumental member.

The American Tribute Ride Committee was honored with two members of the Milwaukee Police Department Motorcycle Corps accompanying us the entire day.  These guys were definitely appreciated by all in attendance.  In total there were 130 vehicles [some 4-wheelers were included] with approximately 210 participants.

At the Memorial Service held at the end of the ride in Boltonville, Police Officer Charles Irvine’s family, Paramedic Greg Rosenthal’s parents, family of Chief Terrance Shafer, and members of the engine company that Firefighter-Paramedic Richard Garner was a part of were honored and supported.

The auction that followed netted over $1,500.00 towards our fund raising goal.

It is the goal of the committee of the American Tribute Ride to provide funds to Wisconsin State Firefighters Memorial [towards a new lawnmower], Concerns of Police Survivors-Wisconsin, Wisconsin Veterans Housing and Recovery Program-King, Stars and Stripes Honor Flights, and Wisconsin Youth Camp for Burn Survivors.  The ATR committee will be meeting shortly to determine the distribution of funds.

One of the most inspiring occurrences that happened because of the American Tribute Ride was the acquisition of a new Ariens Zero-Turn lawnmower for the Wisconsin State Firefighters Memorial.  As Chair Ron Naab was in contact with Police Chief Jo Ann Mignon of the Brillion Police Department and president of the Concerns Of Police Survivors-Wisconsin to make contact with the Charles Irvine family, she became aware of a goal of the committee.  The ATR committee was going to contribute a significant amount of funds to help purchase a new lawnmower for the WSFM.  Following the day of the ride, Chief Mignon made contact with management of the Ariens Company in Brillion.  A result of her involvement, the Ariens Company will be donating a 60” cut zero-turn lawnmower to the Wisconsin State Firefighters Memorial.